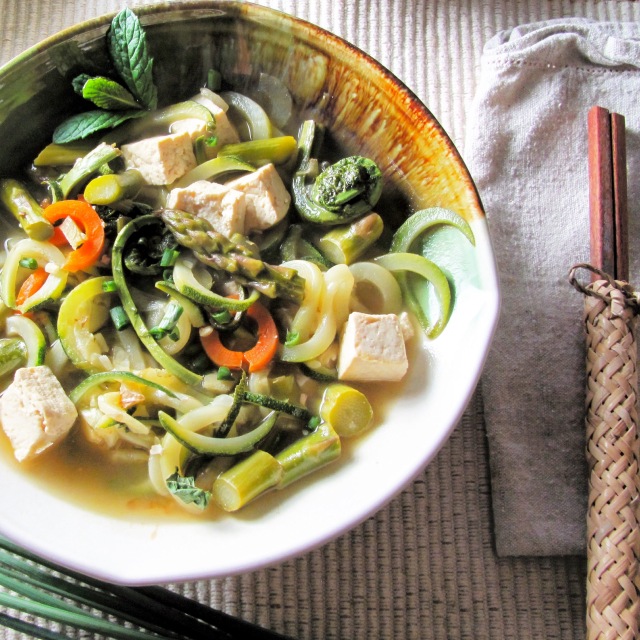 OK, so you know how I feel about kitchen unitaskers. Who me? Opinionated? Do you do this? You have an opinion about something, you make a rule based on that opinion, and then you’re stuck with, and restricted by, the rule.

So, when Mary told me that she LOVED her spiralizer and that she thought I would love one too, I was in a quandary. Because of my rule about unitaskers. Was I allowed to break my own rule? Then, Bob pointed out that a spiralizer isn’t really a unitasker because you can spiralize all kinds of different vegetables! So, I bought one.

I bought the one recommended by the folks at America’s Test Kitchen because they never steer me wrong. And I like it. But I managed to break it on the first go. Seriously. Now, in fairness to the people at Paderno, they offered me a replacement for the part that broke, but it’s not an essential part, so I’m not going to bother trying to figure out how to get the old one off and replace it; it’s usable the way it is. But it does bother me that it broke so easily. So, if you’re in the market for one, be forewarned, the “helper” handle is pretty flimsy.

All that said, spiralizing is really fun and easy, and the resulting “noodles” are terrific. No, they’re not pasta, but their texture is unique and traps broth or sauce in a way that is very enjoyable. Fun to make, fun to eat, delicious, and healthy. What could be better? This pho is phake because real pho is made with real noodles and pork. Not that there’s anything wrong with that!!!

If you don’t have a spiralizer, you can use a julienne peeler or a regular peeler to make vegetable ribbons. And if don’t want to bother with any of that, you may practice your knife skills and make long, thin strips of the veggies instead. 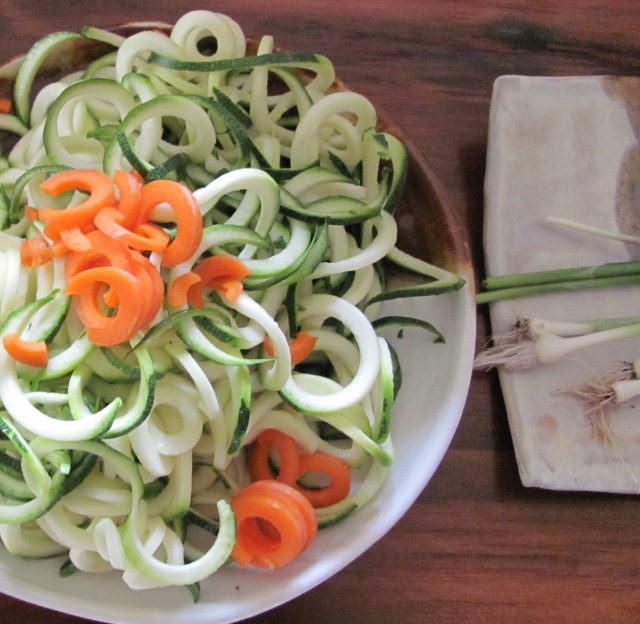 This pho is vegan, gluten free and very low in carbs.

Heat the oil in a soup pot and cook the scallion or chives and the ginger for a minute or two until they just begin to soften. Add the stock and soy sauce. Add the remaining ingredients, stirring very gently to avoid breaking up the tofu. Cook for 5-10 minutes on medium-high until the asparagus are cooked through.
Serve with garnishes. Slurp. 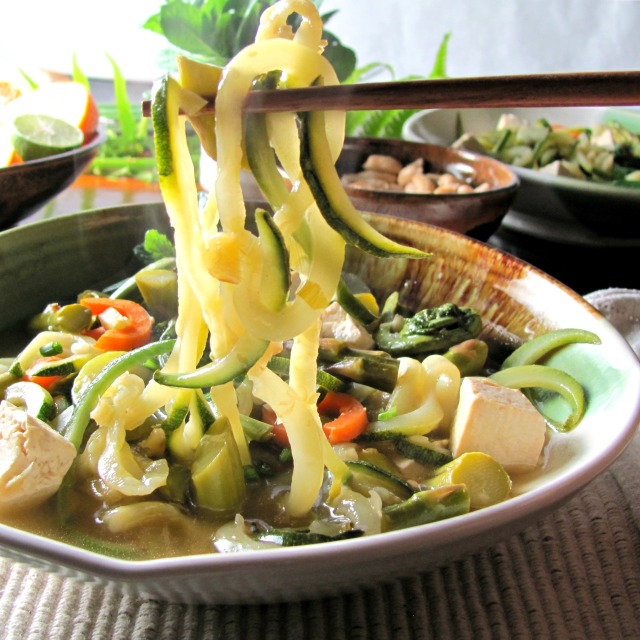 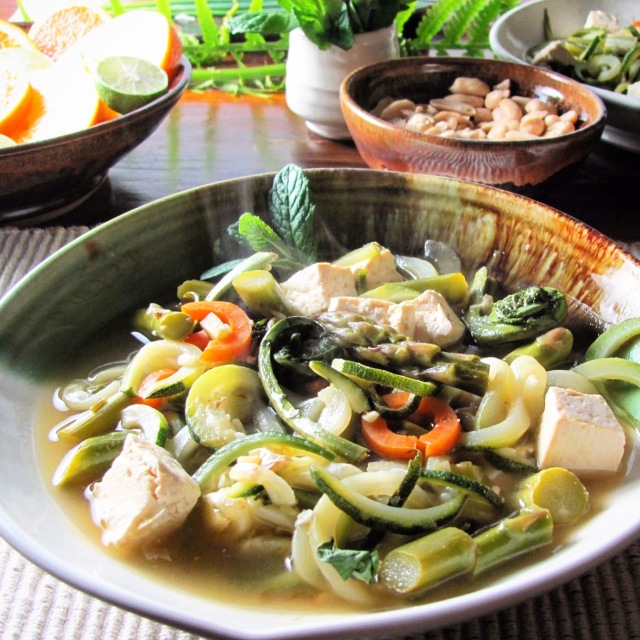 PS The Etsy Store is set to go live within a week. Let me know if you’re willing to help us tweak it! And stay tuned here and on my Instagram, Facebook, and Twitter feeds for updates!