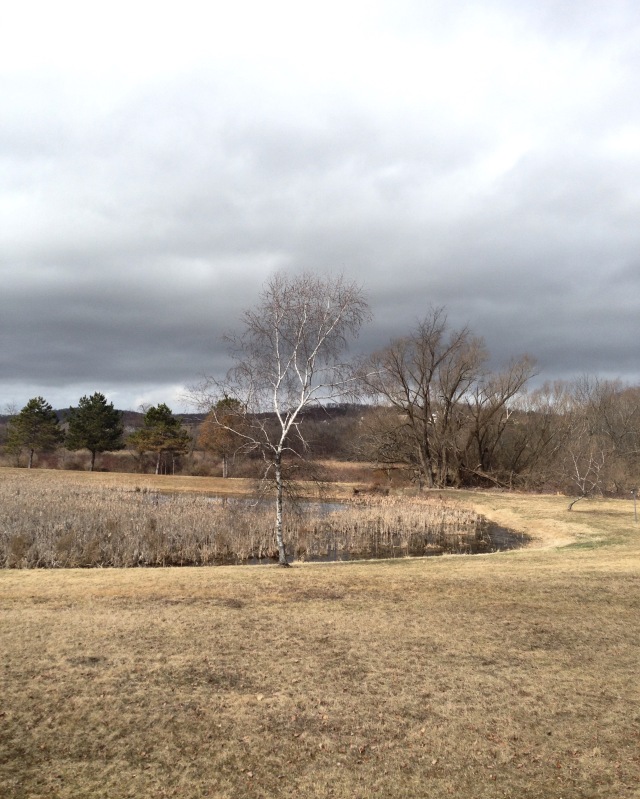 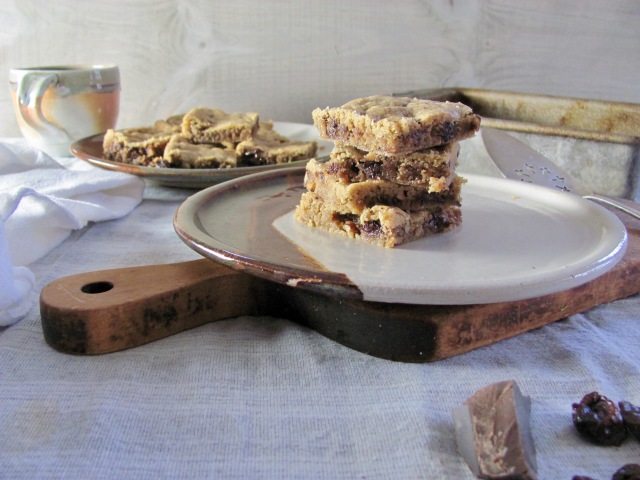 I learned to bake blondies 50 years ago when I was a girl scout. I was a terrible girl scout, a total flop. I don’t think I ever earned a single badge. But I got this recipe at one of the meetings, and five decades later, it’s still a hit. The original recipe was simple, kid-friendly, and fool-proof.

These are similar, but a bit more sophisticated. They are soft, cakey, and chewy all at once. Caramelly, a little salty, sweetness tempered by whole wheat, sour cherries, toasty pecans, and slightly bitter dark chocolate.

I decided to work on a recipe for a slightly smaller batch than is common for blondies. That way, you can make them more often and explore a greater range of variations. Once you get started, you’ll want to try tons of different combinations. And then write me a note here on the blog (in Comments), and tell me about it! 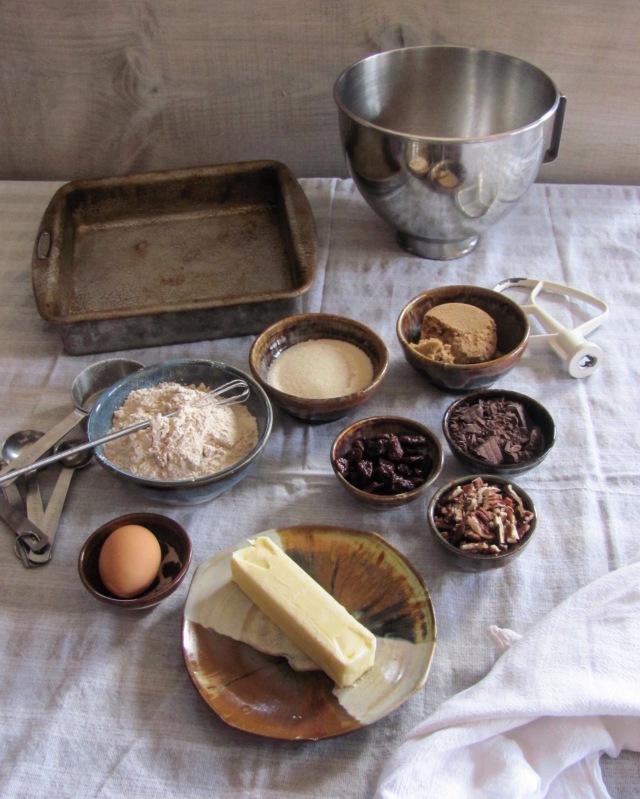 Feel free to make these with all ap flour if you prefer. I like the slight savoriness and chew contributed by the whole wheat.

Makes 16 blondies, about 2 inches each

In a small bowl, whisk the flours, salt, and baking powder and soda.

In the bowl of a standing mixer fitted with the paddle, cream the butter and sugars. Alternatively, use a hand mixer or a wooden spoon and some elbow grease. Add the egg and vanilla and beat well, scraping down the sides once or twice. Add the flour mixture on low speed and when almost combined, add the cherries, nuts, and chocolate. I like to finish mixing by hand to avoid overbeating or breaking down the add-ins.

Spread the dough evenly in a 9 x 9 pan. I think the blondies turn out best if you refrigerate them at this point for a half hour or so, but if you’re in a rush, they’ll be fine if you bake them right away.

Bake for 20 minutes or until they are uniformly puffed and very slightly browned on top.

Cool on a rack for 15 minutes and then cut into squares and serve.

Blondies keep well at room temp for a day or so, and freeze wonderfully.

*Variations are endless. You may use hand-chopped chocolate or chips. Any combination that totals 1 cup of add-ins. Here are some combinations to get you started: