Once upon a time, I met a tall, blue-eyed, brilliant, funny, young man in the office of an institute of higher learning at which we were both employed. After an appropriate amount of flirtation, I accompanied him to his tiny apartment and never left (insert amused and slightly horrified emoji of choice).

My parents were supposed to have objected because my sweetheart was not Jewish. But the nice Jewish boy I’d intended to marry was permanently unconscious (it’s a long story), so they waived that particular requirement. Not only was Bob a goy, he was Irish! This meant little to me other than that I might get to learn about the food from a different cultural tradition. It is always more interesting and fun to learn about culinary practices from loved ones than from books or restaurants.

While the relationship was a smashing success, the plan to master a new culinary tradition via my marriage, not so much. His mother was a lovely mother-in-law, but she was a terrible cook. When I first met Bob, he thought he hated asparagus. So I made them for myself. He said, “What are those”? I told him. He didn’t believe me. The thought asparagus were limp, soft, and army green.

So, I decided I needed to find a few Irish specialties to perfect on my own. I’ve never been a fan of corned beef and cabbage, and neither has my spouse. We both cringed at the thought of his childhood staple, gray roast beef, mushy boiled potatoes, and canned peas. Hmmm… I looked up a recipe for Irish Soda Bread.

Over the years I’ve made many different versions of Irish Soda Bread. Cook’s Illustrated and Cook’s Country have probably published a half dozen recipes. We’ve never been crazy about any of them.

Just last week, I noticed a post about a new recipe, very rustic, lots of whole grain. Super easy and quick to make. Looked like just my sorta thing. Just in time for St. Pat’s!

This brown quick bread is very rustic. It’s fairly austere. It is decidedly wheaty, with a tang from the buttermilk. The texture is dense. There is a bare hint of sweetness.

We enjoyed it with lots of good Irish butter and raspberry jam. It is good toasted the next day, with marmalade.

Mary (who is the hand model here), and her wonderful mom, Barbara, helped with the baking, and took home an extra loaf. They said it was terrific with apricot jam. It would be equally at home next to a bowl of soup or stew. 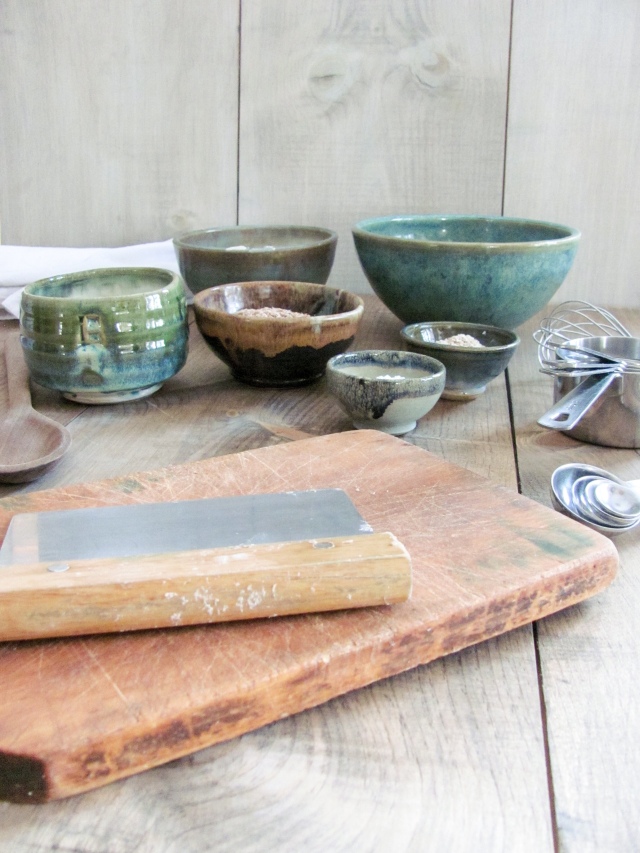 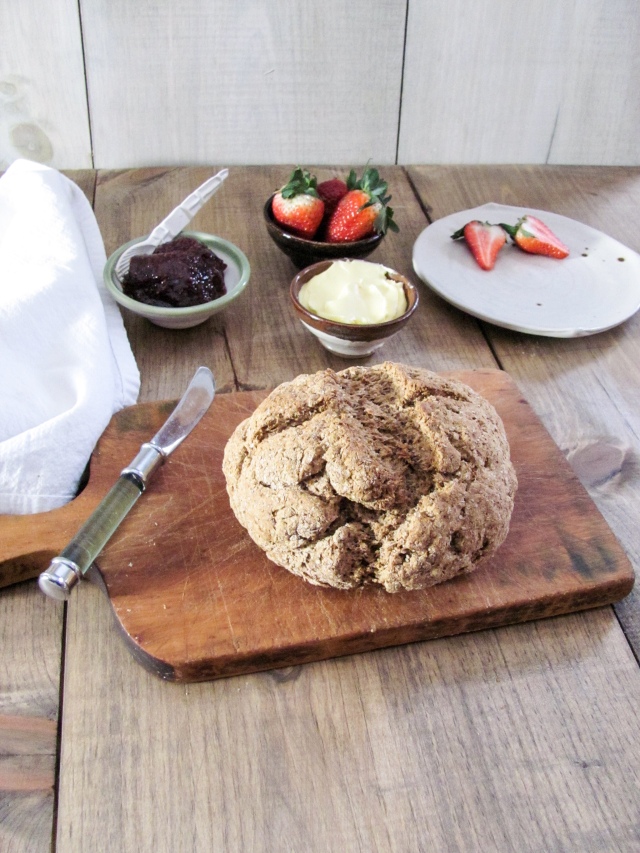 My recipe makes a loaf half the size of the Cook’s Illustrated version. Since there are only two of us at home now, this was a perfect size for us to eat over two days. Double it if you want an 8 inch, rather than a 4 inch loaf, and bake it for 5 minutes longer.

Preheat oven to 375° and lightly grease an 8 inch cake pan.

Whisk all ingredients except buttermilk in a medium bowl. Add buttermilk and stir with a rubber spatula until dough comes together into a shaggy mass. Turn it out onto a board and shape it into a ball.

Place the dough in the prepared pan and use a serrated knife to cut a cross, ½ inch deep, into the top.

Bake until the loaf is lightly browned and firm, 35-40 minutes. Use a metal spatula to loosen the loaf from the pan, cool on a rack for at least an hour before slicing.