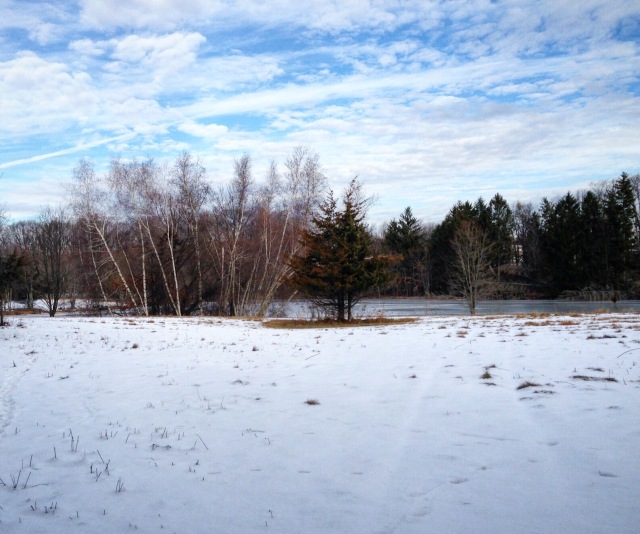 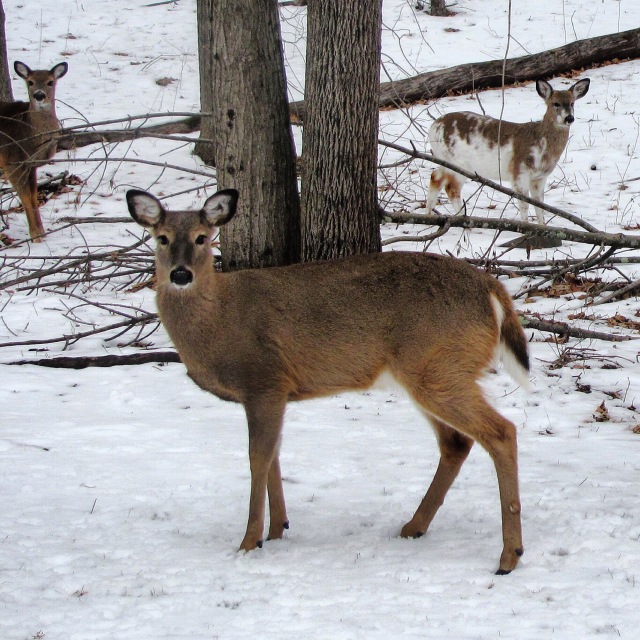 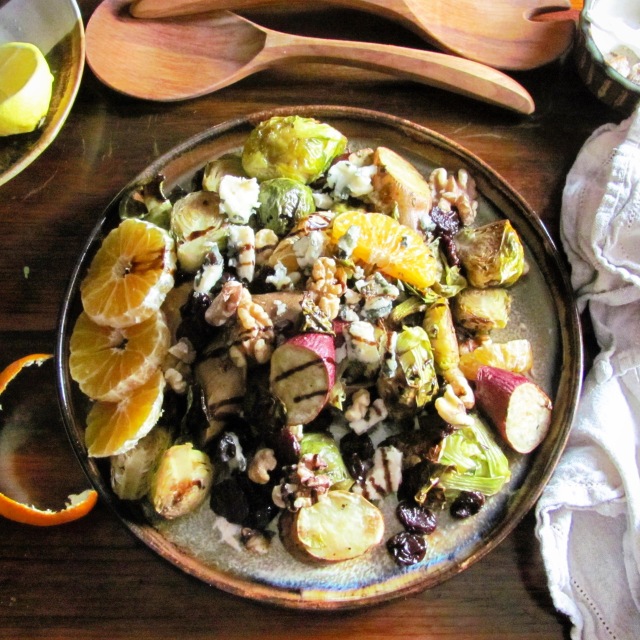 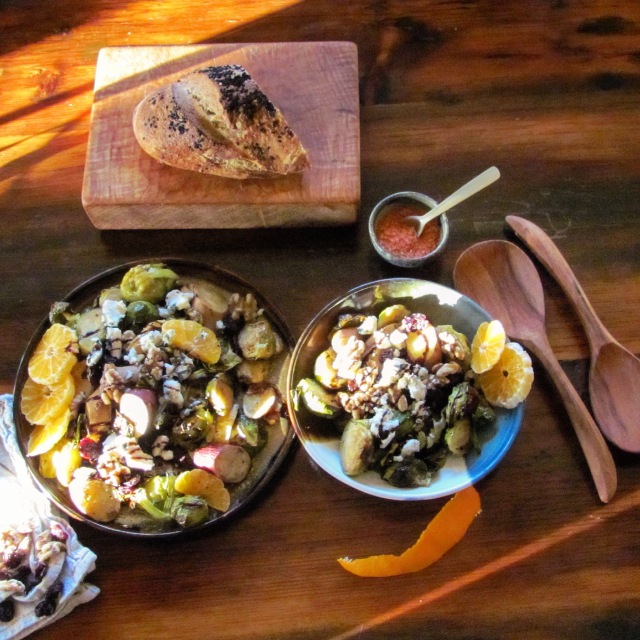 Have you ever noticed that there are some people who always seem to know the inside story? Yeah, well, I’m usually not one of them. But I got the scoop on the Brussels sprout situation in Washington DC during the epic blizzard of 2016!

The sources of this vital information were my son and my niece. Brian lives in Chinatown and Erin’s apartment is across the street from the Pentagon. Each attempted to acquire a supply of their beloved vegetable in preparation for the storm, and both were unsuccessful. I was worried! Clearly, Jonas had taken a toll on the Brussel’s sprout loving population in the mid-Atlantic even before the first flake fell. I am relieved to report, they ate well nonetheless (there was mention of steak and broccoli), and the blizzard passed without further vegetal incident.

After things returned to normal in our nation’s capital, I noticed an unusual sight in my local supermarket here in New York: Brussels sprouts on the stalk! This seemed unusual to me at this time of year; I generally buy them that way only in fall at the farmer’s market.

Also making a appearance at the store this week were my favorite infant Japanese sweet potatoes, in both red and white skins. I love sweet potatoes and Brussels sprouts together and immediately remembered making a delicious salad featurning them last year. Recreating it here confirmed my recollection of a winning combination. 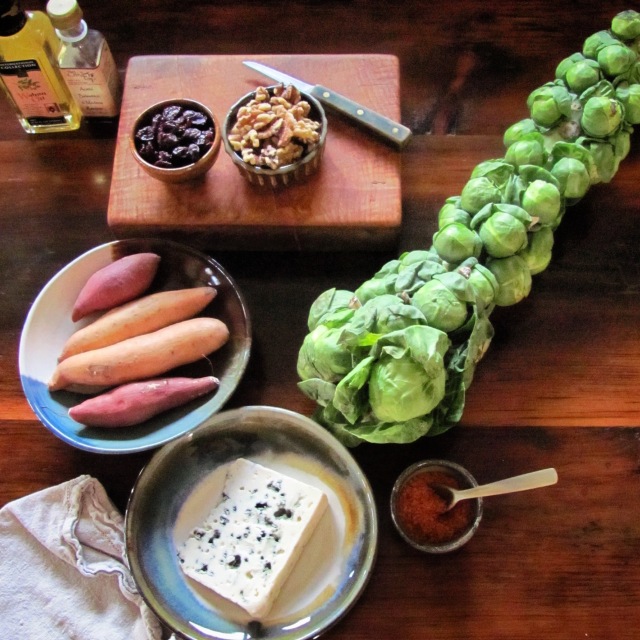 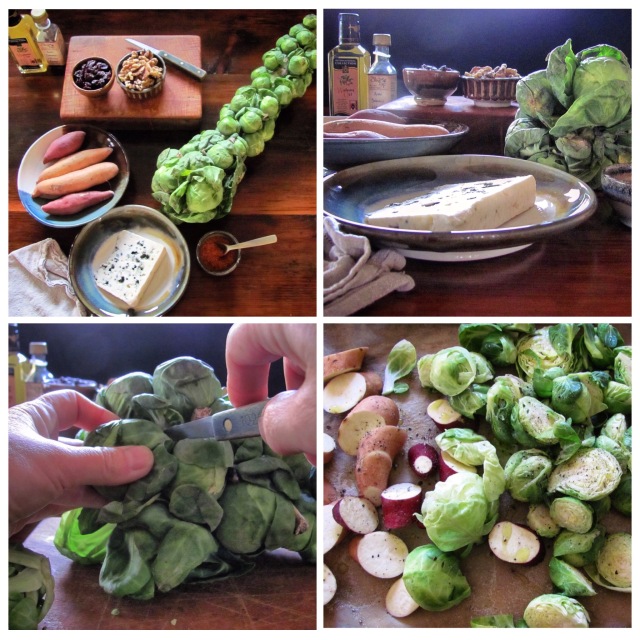 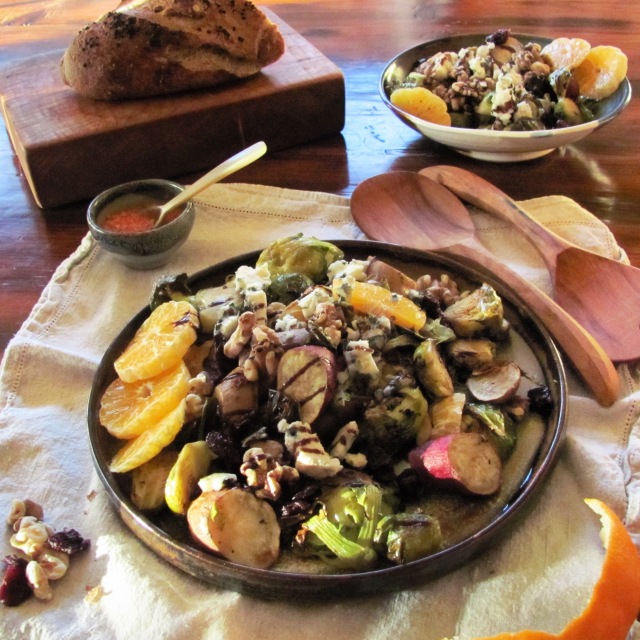 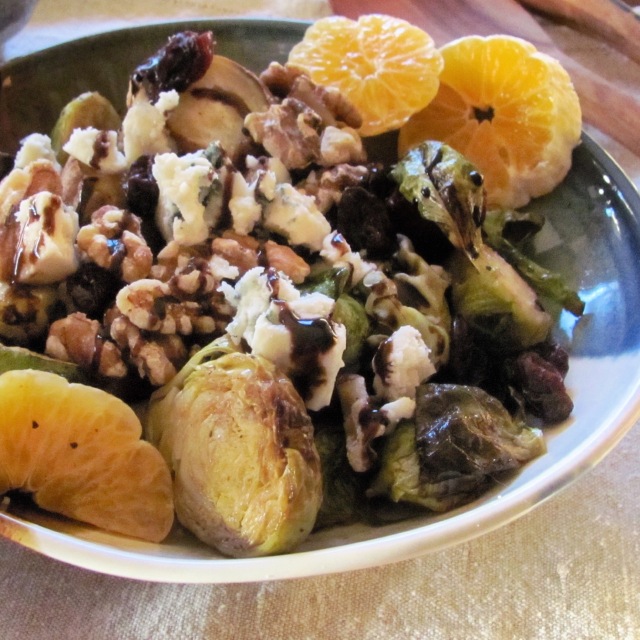 This is naturally gluten free and low in carbs. Leave out the cheese and it’s vegan and paleo.

I use organic ingredients when I can find them. For this version, I used baby sweet potatoes, but any sweet potatoes work just as well. And feel free to vary the nut, fruit, dried fruit, and type of cheese to suit your taste.

Preheat the oven to 400°. Place the sprouts and potatoes on a baking sheet lined with parchment. Toss with the olive oil, salt and pepper. Roast for 20-25 minutes or until the sweet potatoes feel tender when you poke them with a knife.

Place the vegetables in a bowl and toss with all but 1 tsp of the vinegar. Add walnuts, cherries, and cheese. Drizzle with remaining vinegar. Serve warm or at room temperature. You may refrigerate and serve cold, but the flavors will not be quite as good. 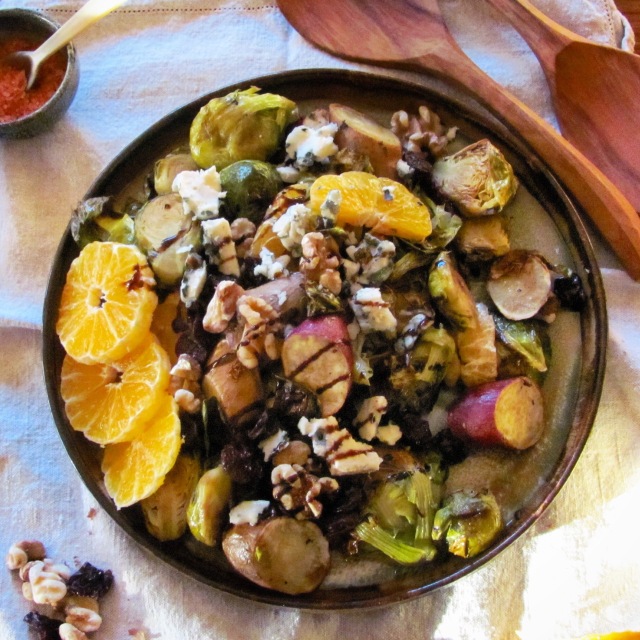 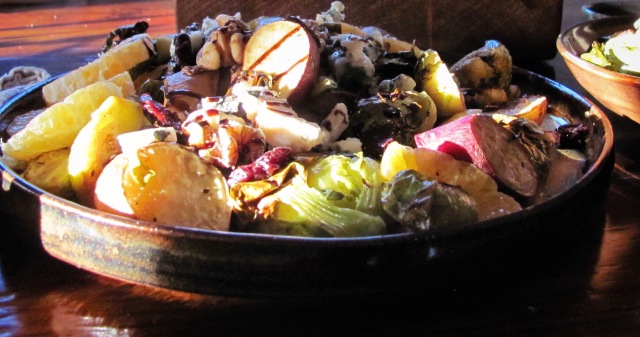 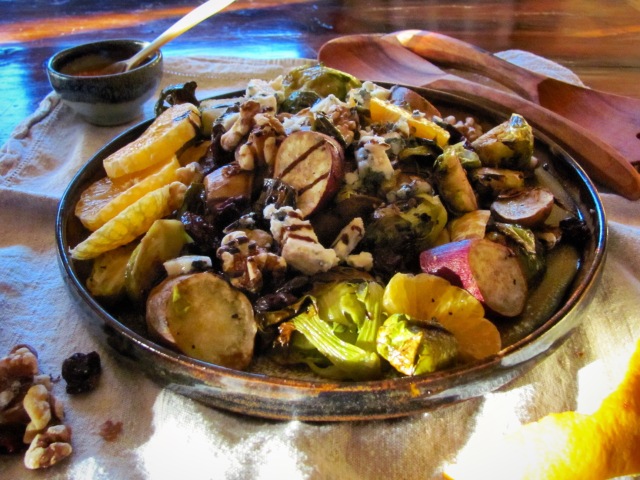