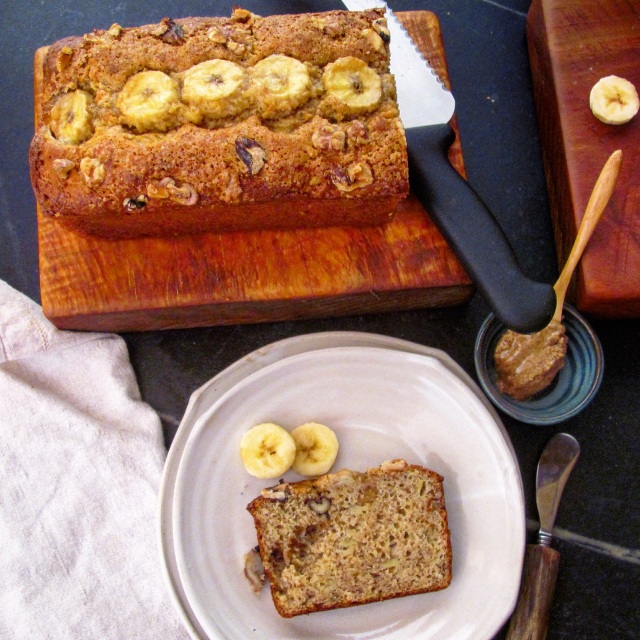 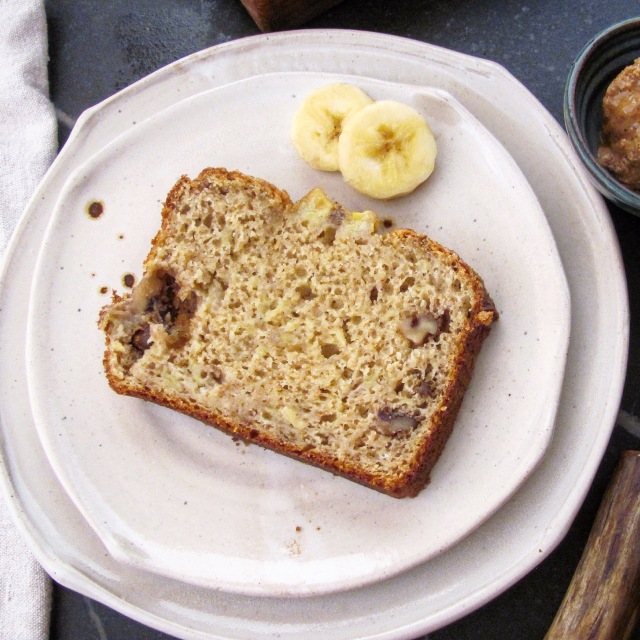 I’m not used to the light in the new kitchen yet. So, I decided to practice shooting some photos while throwing together a banana bread the other day. I was not planning to do a banana bread post for the blog, I just wanted to play around with the camera, ingredients, and pots.

I never planned to do a banana bread post. Don’t get me wrong, I make a phenomenal banana bread. But blog posts about banana bread are a dime a dozen, and I didn’t think I had anything to add. My recipe just didn’t seem unique.

I started to think…maybe my banana bread really is good enough to post. I began to run through memories. There was the time I was asked to leave a party because of my banana bread. Neil, a wonderful friend I very much admire, said the following to me: “You have one hell of a nerve bringing that thing here. I can’t stop eating it. It’s outrageous. I can’t control myself. Please take it and get out!”

That night I noticed more than half the bread was gone. There was only one possible culprit. Bob. I asked him if he wanted another slice for dessert or was he tired of it? He said he’d had difficulty refraining from finishing the whole loaf and would be delighted with another slice. I gave it to him warm, with some ice cream on top. I will not tell you what happened after that because it was x rated.

So, I concluded that I’d better post the recipe after all. I hope it brings you the same reaction it brought me. 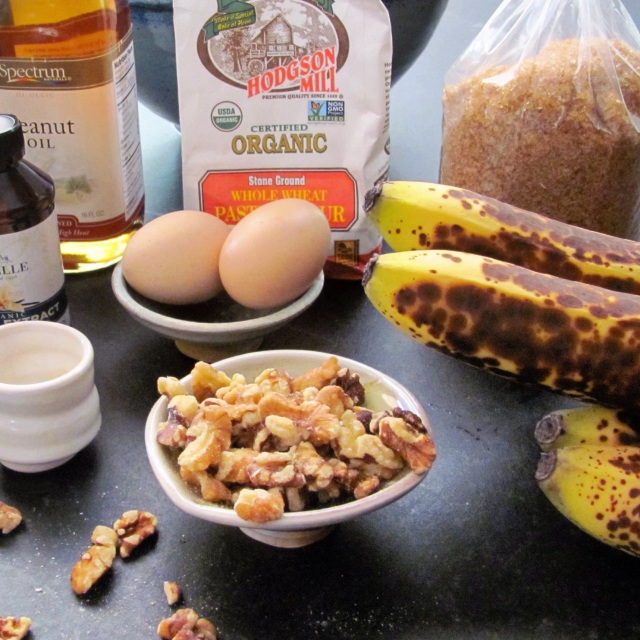 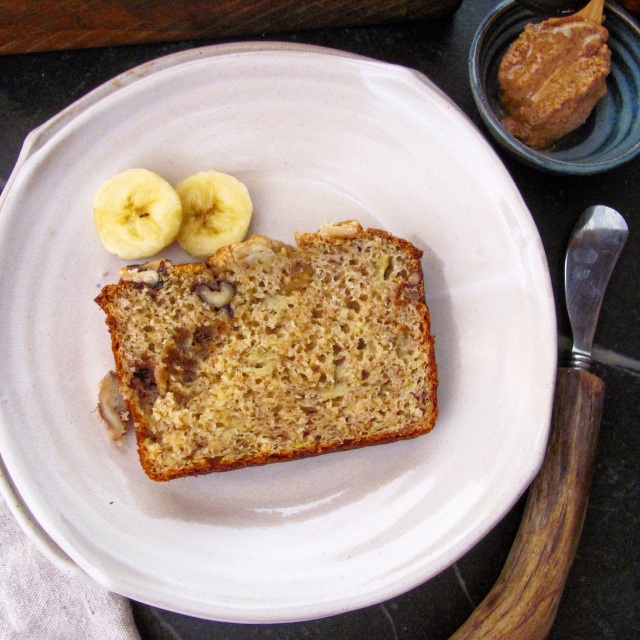 I believe that walnuts belong in banana bread. But if you don’t like walnuts in yours, leave them out or use your nut of choice.

*Freeze the half banana for later. Thawed frozen bananas work perfectly well in this recipe.

Preheat the oven to 350°. Grease a standard 9 x 5 loaf pan very well with oil or butter or cooking spray.

Place 3 of the the bananas in the bowl of a stand mixer and mix on medium speed until they are broken down and goopy. Alternatively, you may process them in a food processor or mash with a potato masher and do the rest by hand.

Scrape the batter into the loaf pan. Slice the remaining half banana and lay the slices across the top. Sprinkle with the coarse sugar.

Bake for 45-55 minutes or until just firm when pressed with a fingertip. Let the loaf cool on a rack for 10 minutes, then turn out of the pan. Let cool at least another 20 minutes before you start demolishing. You can do it!

This well keep for a couple of days at room temp and freezes well. It tastes great toasted. Butter or coconut butter are great on top, but my absolute favorite it almond butter. 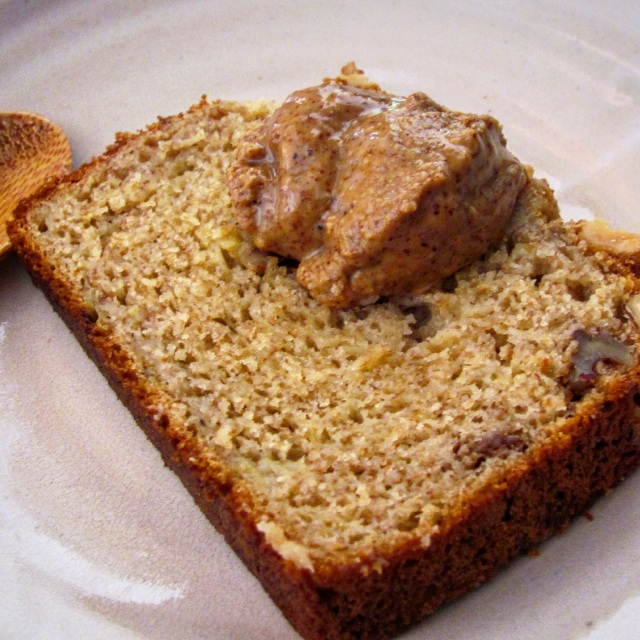 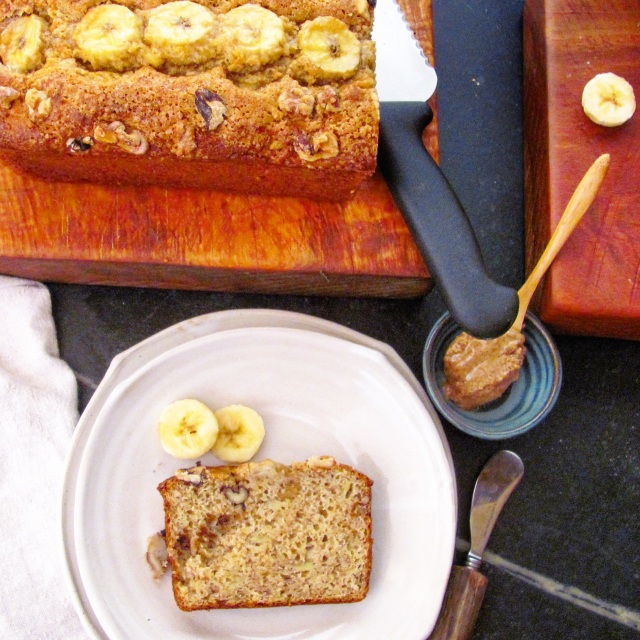