I was trying to remember when we renamed Chinese Barbecue Pork. In my memory, it is connected to a trip Megan took to the Pacific Northwest when she was a teenager, about a decade ago. Something about eating freshly grilled nuggets of native salmon on a beach; the sweet, Asian inspired salmon was called Candy Fish. Or was it Fish Candy?

Then, I looked up the recipe that was the original inspiration for Candy Pork, and the Cook’s Illustrated listing is dated 2007, the same year as that trip. So, I would say we’ve been enjoying Candy Pork in our family for ten years, and it’s about time I share it here on the blog.

My rendition is very similar to the ATK version. Strips of pork shoulder or country ribs are soaked in an Asian marinade; a portion of which is used as the base of a glaze that coats and lacquers the meat, making it sweet, gingery, savory, and pleasantly chewy. It is terrific served as the basis for supper, just serve with rice or a grain (here, I went with bulger, lightly season with sesame oil), and a steamed veg. Sliced, the pork is wonderful on top of a  salad or slaw. It would be great in Phake Pho! Throw leftovers into fried rice (or cauliflower rice), or fold into a wrap with some of the extra glaze and a few leaves of arugula or kale. 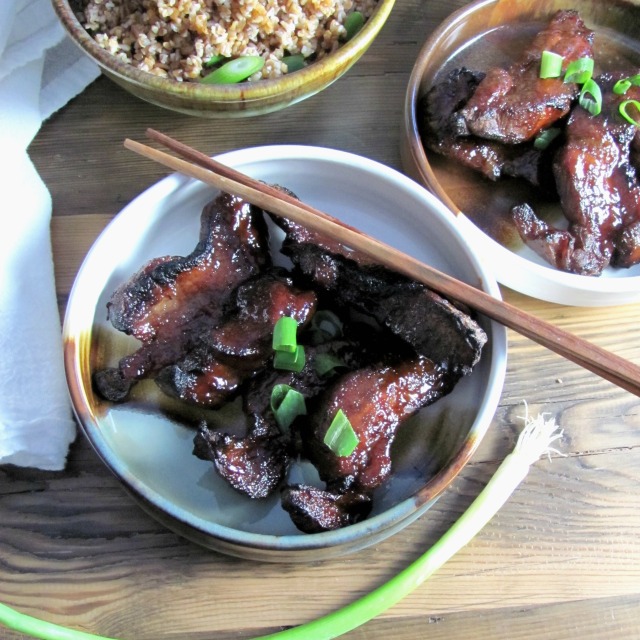 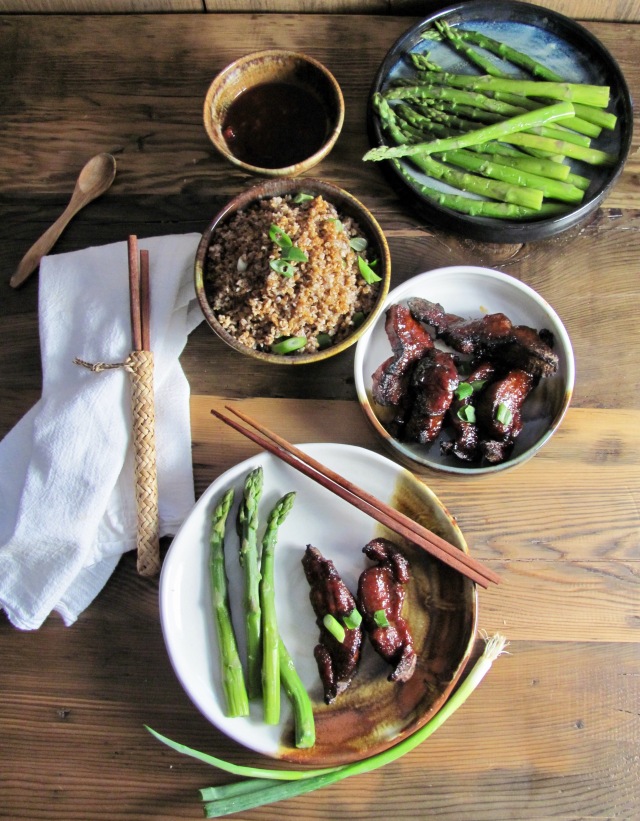 Using a fork, prick the pork all over on both sides to help the marinade to penetrate the meat.

In a bowl, mix the sugar, soy, hoisin, wine, sesame oil, scallion, ginger, and pepper. Remove half a cup of marinade and set aside. Place the meat in a large ziplock bag and pour the marinade over, smooshing to mix. Press out extra air, seal the bag, put it on a plate (in case of leaks), and stash in the fridge for at least a half hour and up to four hours.

Place the reserved marinade in a small saucepan and boil to reduce by half. Add the ketchup and honey to make the glaze.

Preheat the oven to 300°. Line a sheet pan with foil and then place a rack into the pan. Remove the pork from the marinade and lay the slices on the rack. Pour ¼ cup water into the pan and cover the pan tightly with foil. Roast, covered, for 20 minutes. Remove the foil, and roast until the meat begins to brown, 40 minutes.

Heat the broiler and broil 7-9 minutes until the meat is fairly dark. Use a brush to paint with a generous layer of glaze; return to broiler. Watch carefully; broil for 3-4 minutes until the glaze is bubbly and dark brown in spots. Flip the meat and repeat the process.

Cool slightly and serve with remaining glaze and extra scallions. 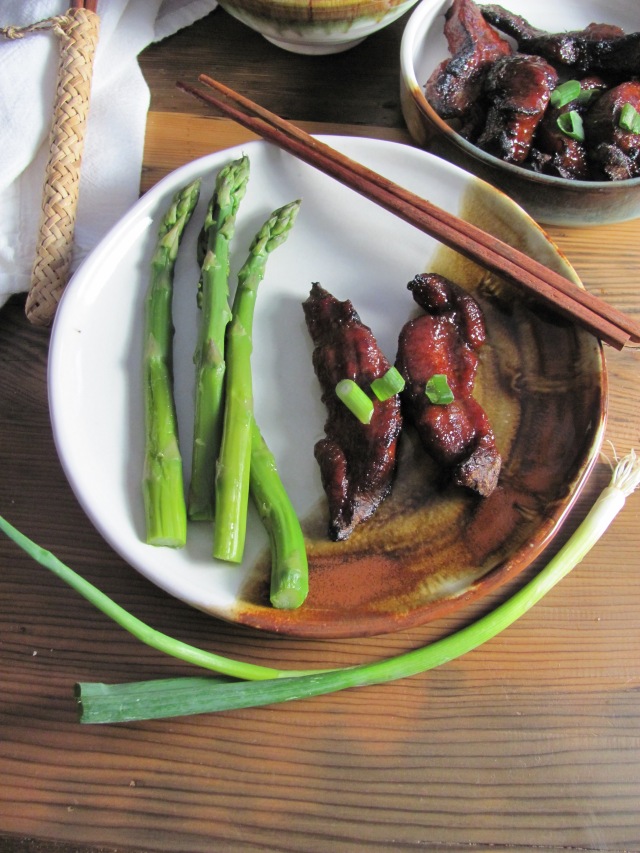