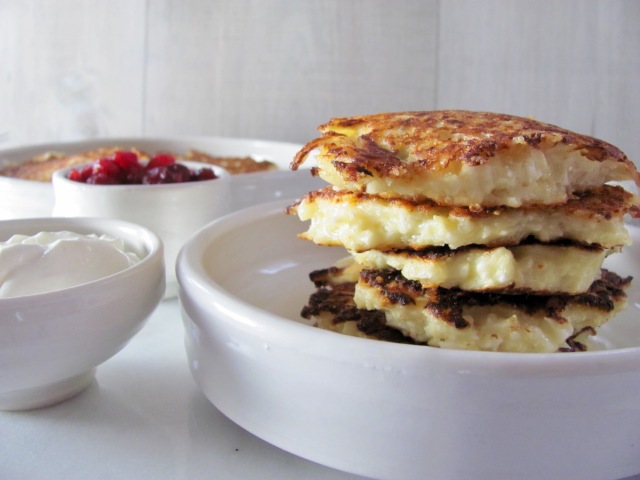 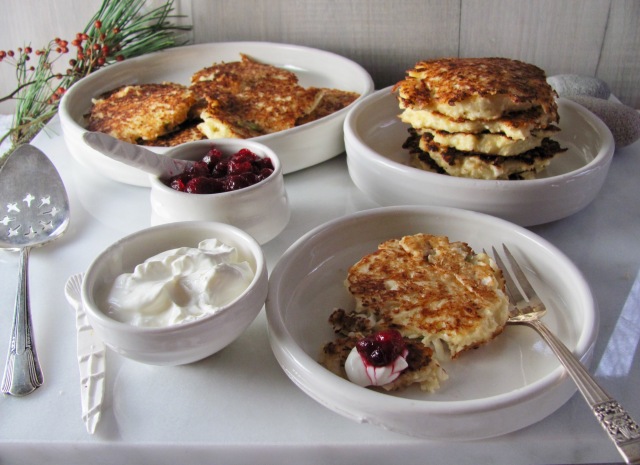 My mother made potato latkes for Chanukah every year when we were kids. She fried them in an old electric skillet and drained them on brown paper shopping bags. They were served with homemade applesauce. She’d make the applesauce right after our fall picking expedition, and keep it in the freezer until December. I guess the apple doesn’t fall far…ok, sorry.

Mom continued to be the designated latke maker even after I began hosting our holiday gathering. I hate the mess and smell of frying, so when my kids were very small, Grandma was the latke fairy; I provided the applesauce and the rest of the meal.

When the kids went to school, word got out that the McGrath kids were technically Jews (by dint of having been birthed by a member of the tribe). I regularly volunteered in their classrooms and somehow got drafted to create Chanukah festivities. I don’t know about you, but I find most Chanukah traditions (dreidel, the story, the songs, the giving of socks), incredibly lame. That left me with no other option but bringing a menorah and candles…and fry latkes.

I fried latkes in a garage-sale electric skillet at Kings School for years. I blew fuses, set things on fire, and reeked of oil for days, but the kids LOVED it. Brian had a friend who asked him every year, “When is your mom coming in to make Jew Fries”?

But…these days, we are all eating healthy-ish. I’ve been having so much success with things made from grated cauliflower, I wondered if cauliflower latkes would be good. The initial tests were promising. A little tweaking, and I’ve gotta say, we all liked these BETTER than potato latkes. Not kidding. They are delicious. I will make them all year. They are crispy on the outside, and super creamy inside. They are fried in a minimum of oil, so making them is not unpleasant, and you can do them ahead and reheat in the oven. Seriously, you gotta try these! 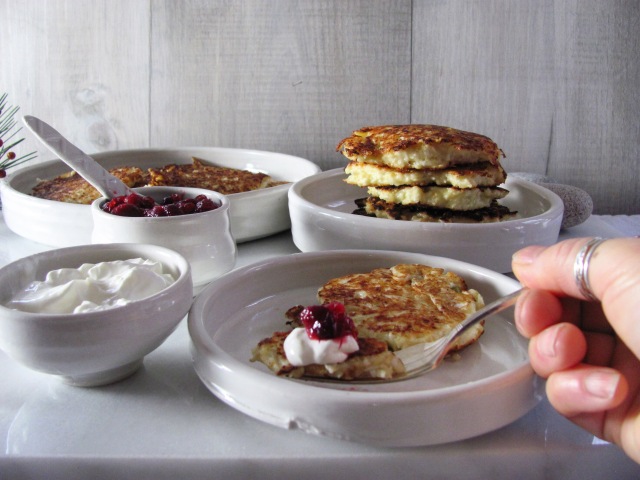 If you want these to be lower fat, you can certainly skip the cheese. I haven’t tried them with gluten free flour, but I imagine it would work just fine. You can sub any alternative milk.

Combine all ingredients except oil and mix very well. You might want to nuke a tiny bit and taste for seasoning.

Heat 2 tbs. oil in a 12 inch nonstick skillet over high heat. Spoon a scant ¼ cup of mixture onto the skillet, flattening slightly. You can fry 4 or 5 at a time. Adjust heat to medium-high. Flip when the undersides are golden brown, 5 minutes or so. As they are done, place them on a sheet pan lined with parchment. Add oil as needed between batches to keep a shallow slick in the pan.

We like them with cranberry sauce and sour cream. Applesauce is terrific, too. Try making mini ones to pass around at a party.

Happy New Year to you and your loved ones!

And, as always, click the Shop links on the menu above to check out Deb’s Pots to use in your kitchen or give as gifts. 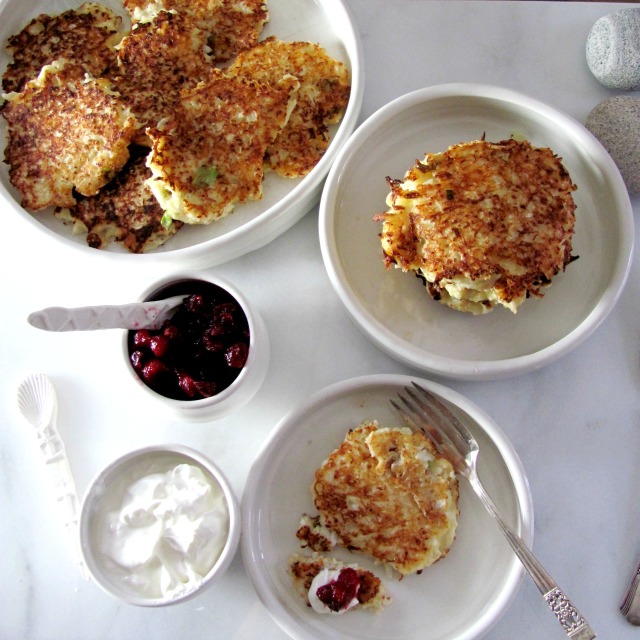